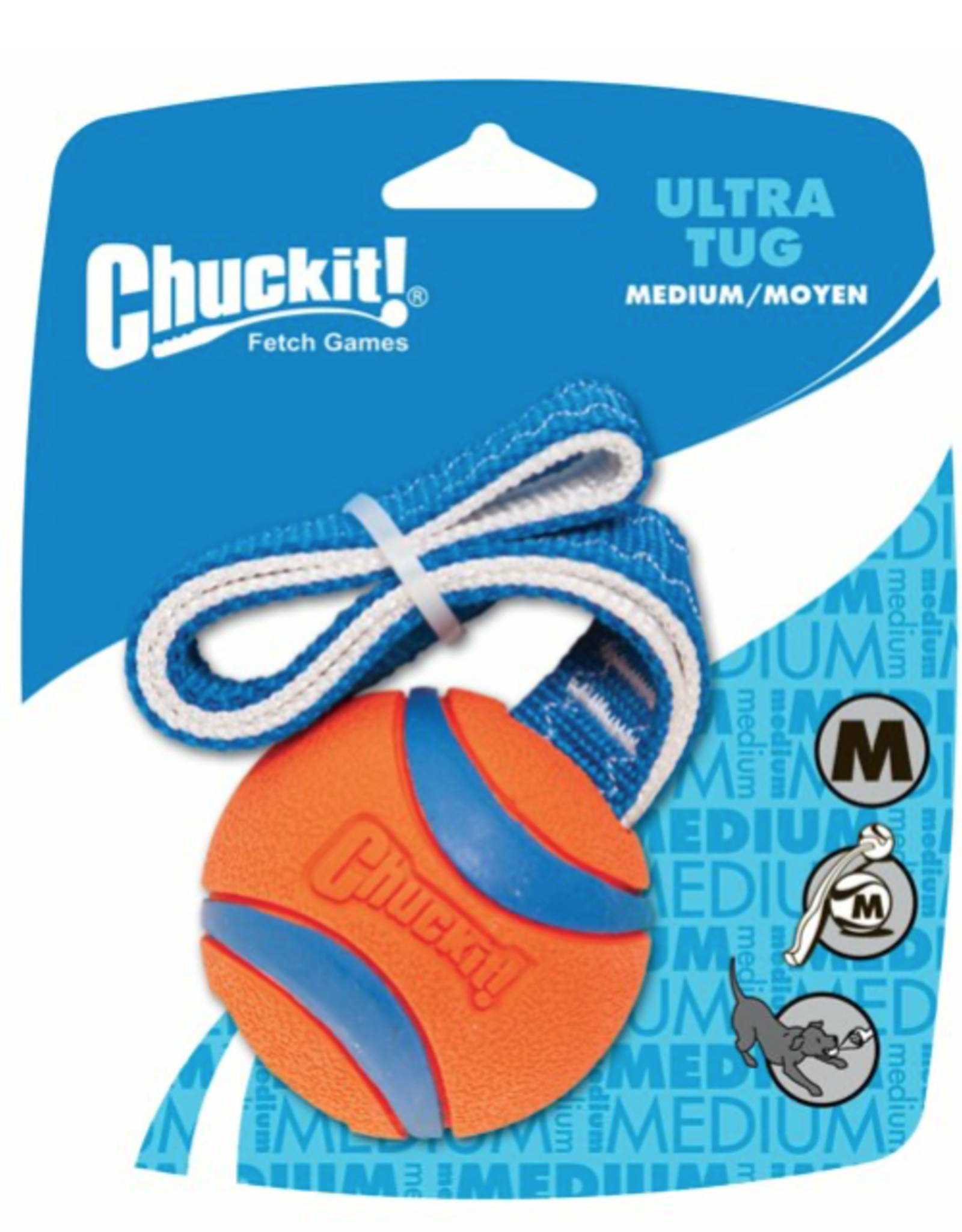 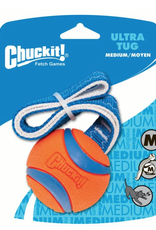 2.5 INCHES. Mix up the fun with the Chuckit! Dog Tug Toy. Suitable for a variety of games, it comes in two sizes. The dog toy ball is created with durable rubber and features a strong rope attached to it. This ball toy is compatible with the Chuckit! Launcher (sold separately). The ball can be thrown or launched for a fun game of catch between dog and owner. This pet toy can also be used for tug of war. The rope allows owners to hold one end while canines grip the other end with their mouths.